This past Thursday I took my trusty smaller digital camera out with me during my lunch break to capture the grime and urban beauty of the back streets of Shoreditch. I had some great coffee and met a cute dog along the way!

I love this little cafe.
They employ former addicts and the long-term unemployed, to get them back on their feet.
Also, really great coffee!

A gazebo where you can play table tennis! Anyone want to go?
Photobombed by a lovely dog, who makes the photo, in my opinion.

These flats look exactly like the apartment building I lived in NY!
I don’t see any London in this photo, to me it’s all NYC.

In the evening, I met up with Jo and we went to Drink, Shop & Do to make paper mache monster masks! I hadn’t done paper mache since I’ve been a child. It was both much easier and much harder than I remember…For instance, it is easy to glue newspaper to a balloon, but how many layers do you need? Is the paste supposed to be this runny? Where are the scissors (scissors would’ve greatly helped)?, etc…. Still, it was really fun! Drink, Shop & Do always have craft events going on and sometimes they are free! Here’s their listings

Hope you are having a wonderful weekend so far! xoxox

The other day Melanie K came over to my flat and we spent the afternoon painting.

Ignore the drying laundry in the background…..oops.

The finished paintings are now in my back room. I’m going to give Mel’s hers next time I see her, and probably will display mine at the home exhibit I’m having on my birthday! We thought my painting looked like pop-art Disney characters, so it will be interesting to see what others think. xoxo

My birthday is a little more than a month away, and I love everything a birthday can include: cake, balloons, picnics (a luxury for summer birthdays) and of course, wishlists. I’m on an Amazon UK boycott for various reasons, so instead of there, I’m putting my wishlist here.

Liquitex Acrylic Paints. I can never have enough paint, so this is always a great gift! I usually only buy primary colours (red, blue and yellow) as well as black and white, then mix all my colours, but I’d love some peach, purple, brown or green paint.

Tim Burgess – Oh No I Love You More (CD). An album with Tim Burgess featuring Anton Newcombe from the Brian Jonestown Masscare and The Horrors! I listened to this at Rough Trade and it was near-agony walking out of the shop without a copy.

A day trip to Brighton
Assuming the gift-giver wants to go with me, I know you can get day trip tickets to Brighton from London Bridge for a tenner on the weekends. And if there’s 3 of us, it’s only £6 return! I also wouldn’t mind a day trip to Cardiff or Manchester. 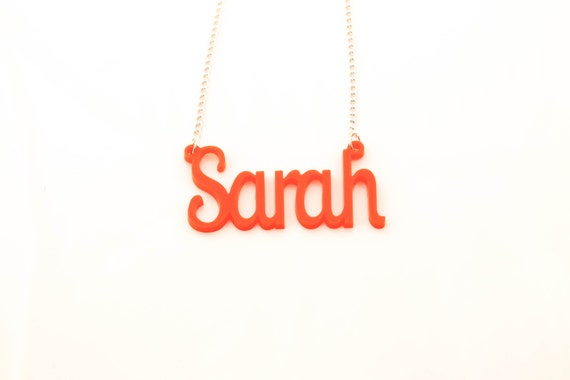 A custom-made necklace from Black Heart Creatives, with my name “Christina” in their normal font. Also, if possible, I’d like it in white or red (you choose) Also from Black Heart Creatives, this Hole-inspired “Miss World” necklace, limited to 100 pieces total. I’d like it in hot pink letter with a clear heart jewel.

I would love this posh chocolate orange tea – straight from Paris! I’d prefer the 20 teabags vs. the loose leaf tea. Merci.

More tea! This time, teapigs which is found in Whole Foods and Waitrose in the UK, among many other shops. It’s an affordable gift, with it being under a fiver. I’d like liquorice mint, super fruit or popcorn. I’ve never had the popcorn one but I’m really intrigued! 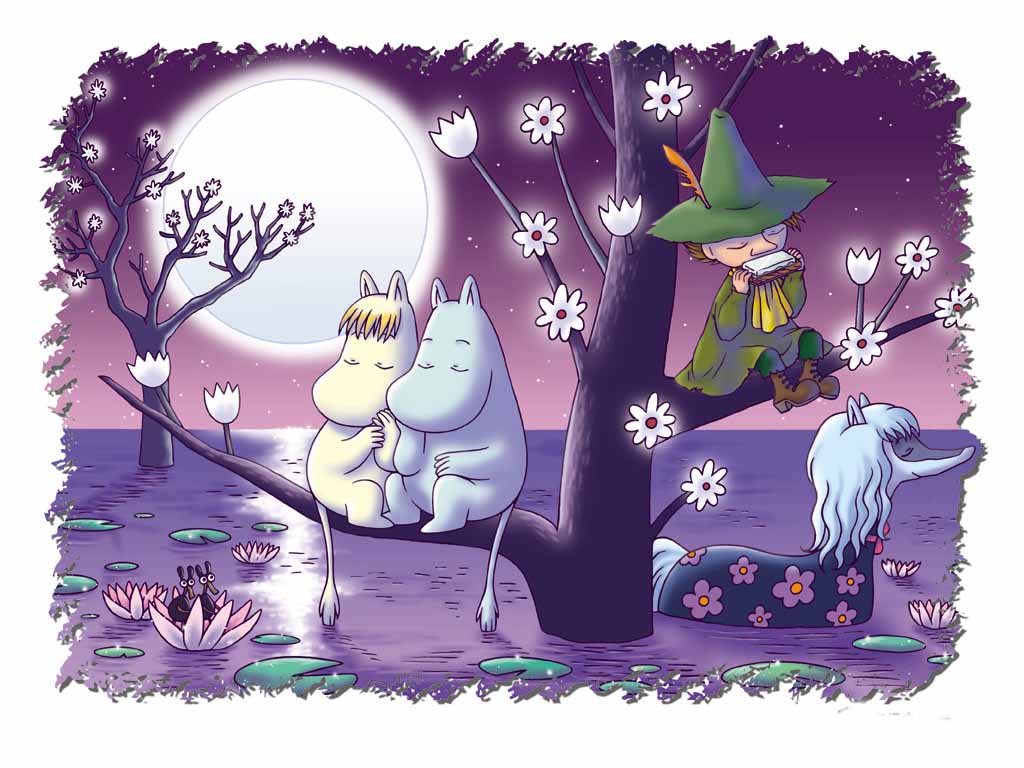 Moomin anything!!!
ps – there is a Moomin shop in London’s Covent Garden 🙂

Caffe Nero gift card
I go there for coffee quite often, so I’d definitely use it! 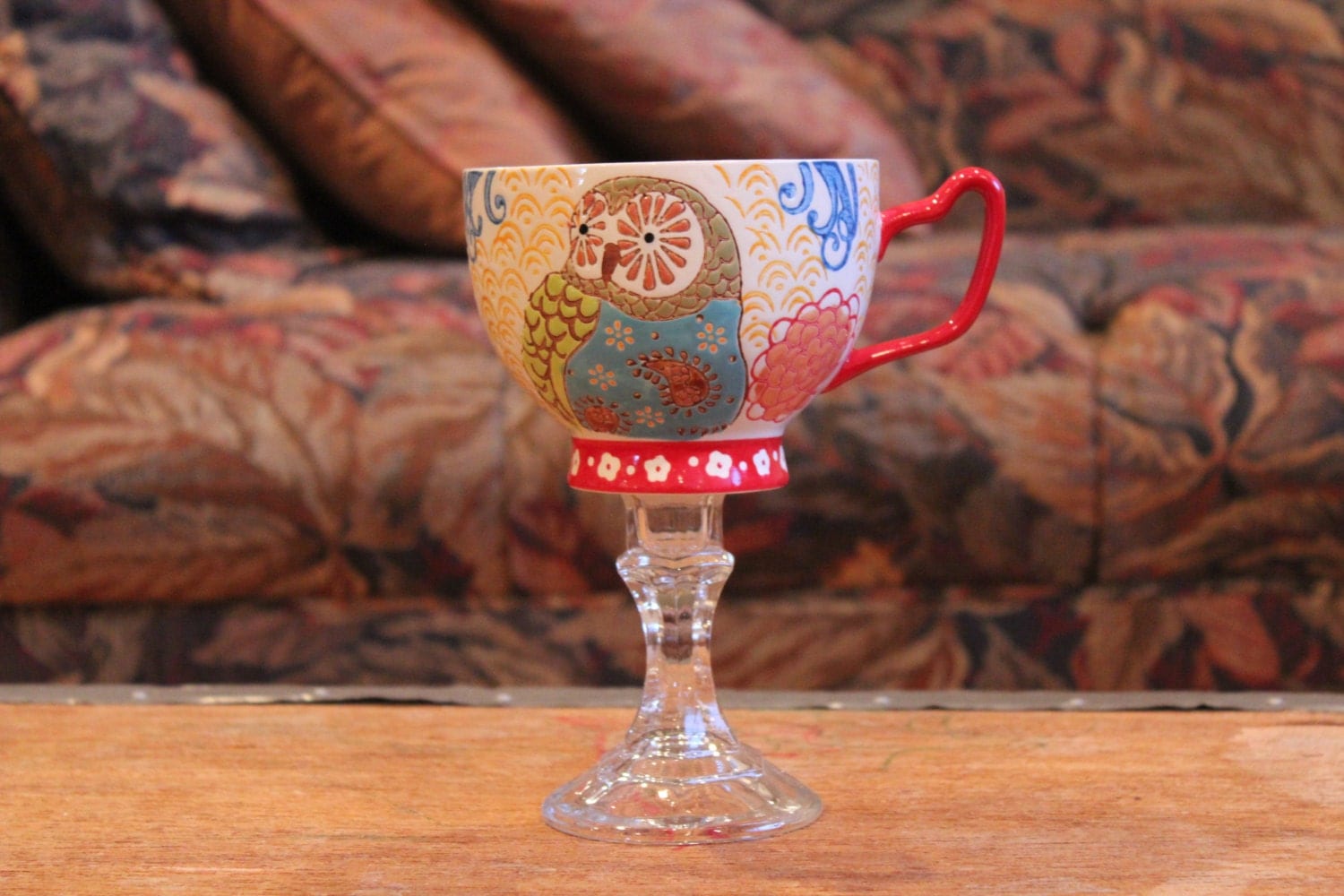 Back in October, Daniel and I were married in London. Due to immigration stuff, we didn’t have our US wedding reception here in Minnesota until this past Sunday. It turned out to be a beautiful day. The weather was perfect, everyone seemed to have a good time, I saw so many people from my past and I got to wear my awesome wedding dress again!

My best friend Tiffany, who has her own photography business, Timeless Expressions, took our photos. Her professional photos will be ready in a few weeks, but for now a few snapshots of the day.

With our Norwegian wedding cake, called kransekake. We did the Norwegian tradition of cutting it, breaking it into tiny pieces, giving each person a piece and then doing a toast for good luck before eating.
Photo by my Aunt Dotty

and the cake on its own
Photo by Daniel

Inside of the venue

hugging my mom
Photo by my Aunt Dotty

Besides our wedding reception, the rest of our week in Minnesota has been great as well. A summary of events:

Going to the Coffee Hag and antique shops ♥ Taking Daniel to the Lower Sioux Pow Wow out on the reservation where there were 500 Native American dancers in traditional dress ♥ Spending time with my relatives from all over the US, especially Dallas and Seattle ♥ Running in the pouring down rain into Target with Tiffany ♥ TARGET ♥ Finding a pile of old movie posters at an antique shop and buying one for $2 ♥ Drinking duck farts (Baileys, Kahlúa & whiskey together) ♥ Finding old photos (Terra, Becky, Heather – I have some really funny/embarrassing ones of us) ♥ taking silly photos with Tiffany at German Park ♥ 7-year old Brooklyn calling my name “Christinnaaa!” when seeing me downtown ♥ Skyping with my cousin/godchild Sidoni, finding out she did her book report on Bob The Street Cat! ♥ Tiffany’s cat Sassy cuddling with Daniel and I ♥ My Aunt Dotty’s almond cake (not the same as the kransekake, but just as good!) ♥ Having lunch with my godchild Lily where she got a free birthday ice cream sundae!

Lastly, here’s me having an iced latte at a used bookshop in my hometown.

Now, back to London! xoxo

Before I left London for Minnesota, I made a cyanotype for my 11-year old godchild Lily. I used clothing pins, a badge and a knife to spell out her name. I gave it to her today and she loved it! Now she’s interested in cyanotypes. I see a gift of some solar paper in her future! xoxo

I’m currently at my parents house in Minnesota where I’m enjoying all the comforts of home, but on the way over here, Daniel and I had a 3-day layover in Iceland. I am so glad we did, because it was amazing! When we first got there we went to the Blue Lagoon (20 minutes from the airport) and the next day we did the Golden Circle & Green Energy tour by the small travel company, Sterna. We ended up at a geothermal power plant, on the top of a 6,000 year old volcano, at the Geysir hot springs and my favourite spot, visiting our guides’ friends’ Icelandic horse farm! We also spent 1 1/2 days in Reykjavik, going to museums and the concert hall by artist Olafur Eliasson. We also did some shopping, including visits to 12 Tonar, where I bought a Singagpore Sling album, and DEAD gallery, where I bought one of their t-shirts.

Daniel looking tiny on top of a volcano crater

At the Icelandic horse farm

Where the North American and Eurasian plates meet

breakfast at C is for Cookie in Reykjavik (highly recommended cafe)”

I want to be her when I grow up

the girl who got us to sign the Stop Killing Whales petition, vowing we will never eat whale.

…and a random dog in Reykjavik, look how cute it is!

Hope you all have a lovely weekend…
xoxox

The weather this week has been gorgeous, and while I did find some time to paint, I’m not 100% happy with them (you win some, you lose some). However, socially this week has been wonderful. Well, bittersweet is more like it. I said goodbye to my good friend Kristen, who is moving back to the States. Kristen was the 2nd friend I made in London (through my 1st London friend, Kiki) and she was always there for me. I remember while job hunting she let me sleep on her couch, she was basically the maid-of-honour at my wedding without me ever appointing her (honestly I don’t know what I would’ve done without her!) and she’s always been such a gracious lady. I will really miss her.

I also saw my friend Alice, aka. Ms. Smokin Tofu, where she introduced me to Ha Ha Veggie Bar, and we had a lovely sunny afternoon in Camden. Then I took myself to Regent’s Park and spied on the camels at London Zoo, and later on I saw my friend, the artist Melanie K and our friend Jo for a candlelight evening at the John Soane Museum, which is one of London’s hidden gems.

Kristen and my last feast at Mildred’s

…and take home dessert from our beloved Hummingbird Bakery!

Jo at our post-John Soane visit to Caffe Nero

Have a beautiful weekend. xoxoxo

Hat: H&M
Dress: Target (from 2008!)
Necklace: this one from Tatty Devine
Camera: Fuji

I’m back from my honeymoon! Daniel and I went around Western and Central Europe by train, and along the way did many things such as go through the tiny nation of Liechtenstein, visit numerous art museums, ride on the 19th century ferris wheel in Vienna, roam around the medieval streets of Prague, take a sleeper train from Prague to Cologne via Berlin (one of my favourite cities – it was tempting to jump out of the train when we stopped there!), and ate pastries and looked at Roman ruins in Cologne. It was a magical time, and the few artists I really learned about where Gustav Klimt, Egon Schiele and Alfons Mucha.

Gustav Klimt designed the Secession building in Vienna (a modern art museum) after he formed the art collective, The Secessionists. His famous huge painting, “Beethoven Frieze” is featured in the basement of the musuem. It is argubly my husband’s favourite painting, so we stood there in awe for awhile!

We also visited the Burg Theatre in Vienna. Gustav Klimt was one of the three painters that painting the theatre lobby’s ceiling. This is the only painting where Gustav Klimt painted a self-portrait (he is behind the lady on the right).

The Leopold Museum, also in Vienna, is great for seeing the works of Egon Schiele. They boast that they have the biggest Schiele collection in the world. They call him the James Dean of art, as he passed away before he was 30 and in his time here, he accomplished quite a lot in the art world. Unfortunately I couldn’t take any photos of his works, but you can see a lot of his art here.

Then there’s Alfons Mucha. Honestly I didn’t know about him before visiting Prague. He was the creator or art nouveau (which I am familiar with) and also painted “The Slav Epic”. Twenty huge paintings that took him twenty years to paint. He also designed the posters for Sarah Bernhardt’s shows (famous American actress in the late 1800s-early 1900s). After visiting the Mucha Museum and wondering what happened to “The Slav Epic”, we found out it was in Prague, at The Veletržní Palace. I was in awe:

…and although I never found the Mucha print of Sarah Bernhardt that I wanted, at least I found a postcard!

& just because, here’s a few more snapshots of our trip:

self-portrait of us at the Sculpture Gardens in Cologne

on a mosaic turtle next to the Danube Canal

the 19th century ferris wheel we rode in Vienna

and the John Lennon wall in Prague.